What’s new in June? End of civilisation or preparations for a new Gordon album? Or both? 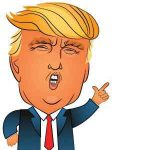 The leader of the free world snoozes while tweeting that missiles have been fired at Iran (or Iraq, whatevs, it begins with I) and declaring that the future of the planet is of little importance when compared to stabilising the source of food for his hair-rodent. Or was he imbibing Hellenic reflections having browsed the CP Cavafy Archive? No, probably not. After all, the fate of the planet is of little interest compared to scarfing up Chinese copyrights, hiding in bushes and refusing to come out (if only), barging EU politicians and generally being awful. We say again, not that it will have any effect whatsoever: 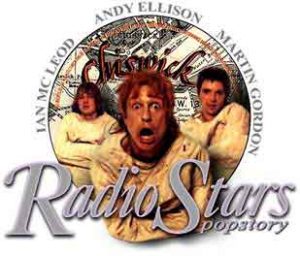 The plaudits continue to arrive daily, along with bills and fresh supplies of fruit. Most commentators seem to approve, some mourn their loss of youth and/or hair. But topiary always provides a solution, whether Shakespearian or otherwise, does it not? It does. Latest critical views are here: Thinking Inside the Box

And the words to this foolishness, and also to such other kinds of foolishness as Jet, Blue Meanies and Mammal-foolishness, are here: Words In Your Shell-Like. For why you kick my donkey?

… by people trying to kick the door down while I’m taking a dump, a new album is slowly forming. Now that bipedal activity has resumed, this latest creation will feature the usual suspects performing a selection of tunes for you to whistle as the ship sinks slowly beneath the ever-rising waves. I just hope to get it finished before a watery grave beckons, to be frank. At least I live in the country of Yurp, unlike those unfortunate foreigners, and we will have a little longer for reflection. According to recent reports, the tunes (you recall, we were just discussing them in the previous paragraph) may be taken on tour, along with other tasty selections from the Radio Stars and possibly Jet catalogues, circumstance, finances, personnel and covfefe permitting.

Time alone, along with strong and stable decision-making, will tell, along with the actual
need for fake-pop jangling given current market constraints. All developments will be
announced via the website.

Well, not ALL developments, I mean you probably don’t want to read about the sex change,the gender reassignment therapy, the war crimes trial, the sectioning under the relevant statutes, the near-insanity induced by monitoring news and latest hair-health tips, I’m sure. As for the price of avocados (very good for your hair, I find), well, you just wouldn’t believe it. I said to her, I said…

And with a single bound, we are covfefe … Keep in touch via Facebook, if you have some spare privacy to dispose of. And Radiant Future also has a small but discerning community in the same place.

Greetings from the Radiant Future!