The new album continues to gather momentum, gravitas and no discernible moss. It is to all intents and practicalities finished. Now it has to undergo rigorous stress testing to make sure that it is entirely fit for porpoise as well as being totally sustainable, completely recyclable, perfectly round and incapable of developing a coherent argument without descending into xenophobic ranting or constructive ambiguity. In addition, there will be supporting video material, and this will take a little while to create and assemble.

The world holds its breath. Don’t be foolish enough to do likewise. 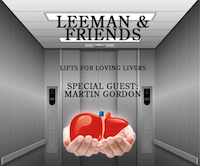 In the company of Mammal stalwart Ralf Leeman, Martin Gordon performed a preview of material from the new album (two tunes), and a revisited oldie (just the one, thanks, if you don’t mind), in Berlin in August, to the general delight of all attendees except the cranky old git sitting stage left. He and his good lady wife objected to both the volume and the fact that the word ‘Barnsley‘ had been altered to ‘Ankara’, if we understood correctly. We soldiered bravely on, despite his egregious rudeness. Or perhaps he was a Kemalista. We will probably revisit this live format around the release of the album. 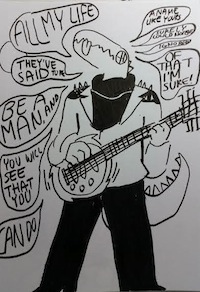 Did you know that Brian has been finally revealed in graphic form? Well, he has. The sensitive should avert their eyes. We do not believe that the sensitive constitute a significant proportion of our readers but, for fairness and to avoid expensive legal bills, we would like to point this out.

We should additionally point out that this character bears absolutely no resemblance to anyone at all, whether living, dead, clever, stupid, fascinating, dull, believable, fantastic, bean-covered or otherwise. 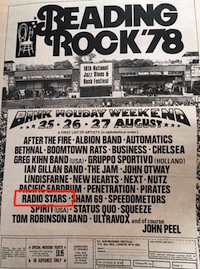 It’s always good to read, and Radio Stars did some reading in 1978, I remember it well. Our reading preferences were generally restricted to the tabloid press, for professional reasons. According to the press reports of the day, Radio Stars sounded like ‘a truck demolishing a series of brick walls’.

Depending upon your view, this may seem a little harsh. Or perhaps it was high praise, who knows? It’s all relative, after all. Anyway, how are you? Sorry, I digress.

Decide for yourselves. Here’s the proof: 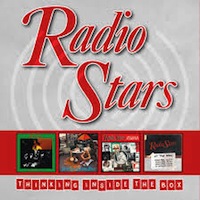 And still on the topic of Radio Stars, reviews of the recent ‘Thinking Inside the Box‘ set keep pouring in. The latest reviews include accusations of over-qualification, of being highly-polished but smutty, of being most unlikely and finally, and most egregiously, of being dotty but loveable. Well, you cannot argue with all that. Or you could but most probably, like us, you couldn’t be bothered. Or again, as some of our Murican friends might say, we could care less, meaning the exact opposite. Bomb everybody, all the time! 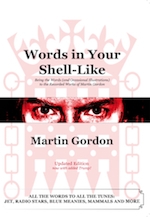 We would be remiss if we did not point out that all the words to the above tunes, whether Radio Stars, Jet or solo Gordon, are available in three dimensions. We find three dimensions to be so much more compelling than two, don’t you agree? Well, there’s one more dimension, isn’t there, obviously. What’s not to prefer?

Not only is the three-dimensional manifestation signed by the creator, it of course also includes such reassuring developments as Trump, Armageddon, Brexit and other comparable or impending delights: 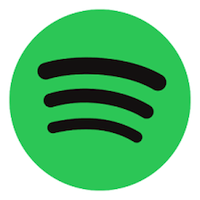 Spotify
There are some Gordon/Radio Stars/Jet playlists on Spotify (wash your mouth out with soap) which are open for user contributions. If you have an idea to contribute to the existing ‘Covers‘ or ‘Mammalian Chillout‘ playlists, or indeed want to create a playlist of your own devising, the ball is in your court. But not literally:

And with a single bound, we are covfefe … Keep in touch via Facebook, if you have some spare privacy to dispose of. Radiant Future also has a small but discerning community in the same place. Greetings from the Radiant Future!